Besides the new model Blade, the Honda RVF1000 Concept also falls on the company’s list of plans. According to what Honda’s R&D head has said, the only bike that has been given the go-ahead is the new Fireblade (CBR1000RR) and the company is currently working on 3 projects. The company official has also said that the new Honda RVF1000 will be a replacement for the Fireblade and an affordable version of the RC213V-S. As reports of Honda working rigorously on this RVF1000 have come up, it seems that a new RC213V-S is not coming up for a while. 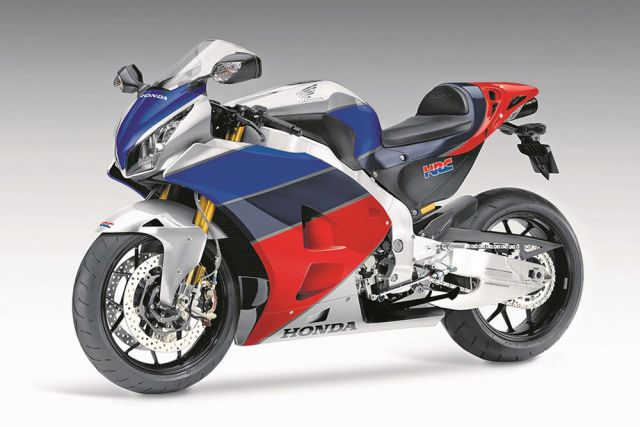 The move with this Honda RVF1000 for reducing overall weight could mainly include the use of an all-new cast aluminum monocoque chassis. The experts have predicted that the makers will lay a great focus towards mass centralization for race-like handling capability.

This also hints that improvements will be laid out on steering for a better cornering. Other than this, the Brembo brakes with radial mounted 4-piston calipers are in stock for buyers. As most Honda superbikes (commercial ones) promise MotoGP-like performance, the makers are expected to use Ohlins suspension system. The odds are pretty good that this suspension system will be similar to the ones used in RC213V-S.

The production-ready design and bodywork of the RVF1000 are in high suspicions as of now. As this new RVF1000 is believed to be a clone of RC213V-S, the chances are that it will borrow design and styling to some extent (considering that an all-new design would add up cost).

Doing such might include a race-oriented aerodynamic framework which would create a MotoGP-type stance. Like the RC213V-S, this model can wear an aggressive fairing with a strikingly similar windscreen. As most superbikes these days are hand-assembled, Honda might do the same for the upcoming RVF1000. 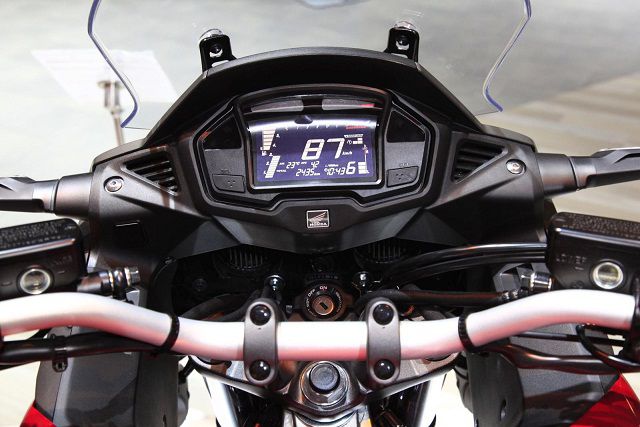 This RVF1000 is supposed to use the race-winning 999cc V4 engine which is present in RCV213V-S. This engine incorporates gear driven cams and a 360˚ crank. To cope up with this new monocoque chassis, the engine might come with a 90˚ mount.

The RCV’s engine has a 4-way adjustable braking system which works in conjunction with Honda Selectable Torque Control. Expect the same for the new RVF1000. 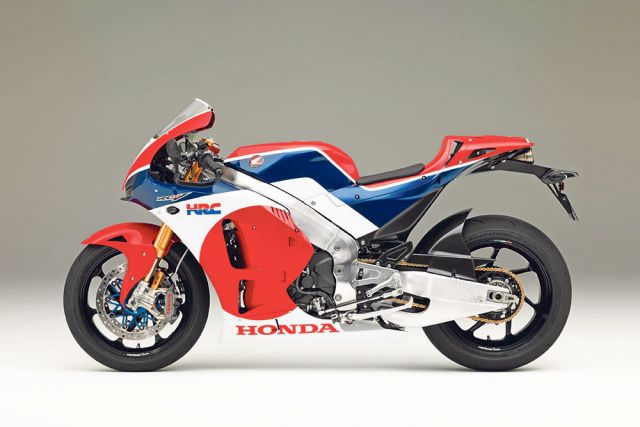 A 2018 release for RVF1000 perfectly makes sense as it will coincide with the company’s 70th anniversary. This event will mark as a great opportunity for Honda to exemplify the racing heritage with an affordable model. The Honda RVF1000 is likely to go on a head to head competition with Ducati Panigale R, Aprilia RSV4 RF and Yamaha YZF-R1M.