The new 2017 Honda PCX150 comes with a bigger engine, a larger capacity fuel tank and wears a sportier design. The model got major refreshment in 2015 generation which has led this scooter to continue strong in the scooter market. 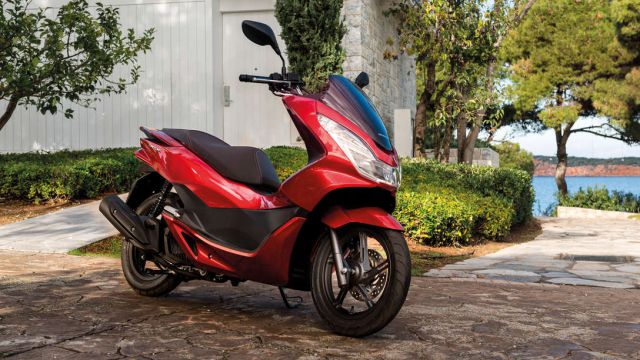 The one of the biggest notable change in 2017 PCX150 is the seat which not looks different (new) but also adds a great comfort. According to the Honda officials, this new generation PCX150 is refreshed to look more like a sports bike rather than being scooter-ish.

The 2017 Honda PCX150 adds a half gallon capacity to its fuel tank which makes the total capacity to be 2.1 gallons. According to the figures, this half gallon addition makes way for extra 50 miles at 100 mpg.

To improve handling characteristics, the Honda has mounted the tank under the floorboard for maintaining a low center of gravity. The riders also get the convenience of charging electronic gadgets as there’s a 12-volt accessory adaptor.

The 2017 Honda PCX150 drifts from the feel of traditional scooters as it has a high backbone similar to a motorcycle. With a 3.4 inches trail and 27˚ rake, this scooter offers great maneuverability and cornering even at low speeds. Further details of chassis include: 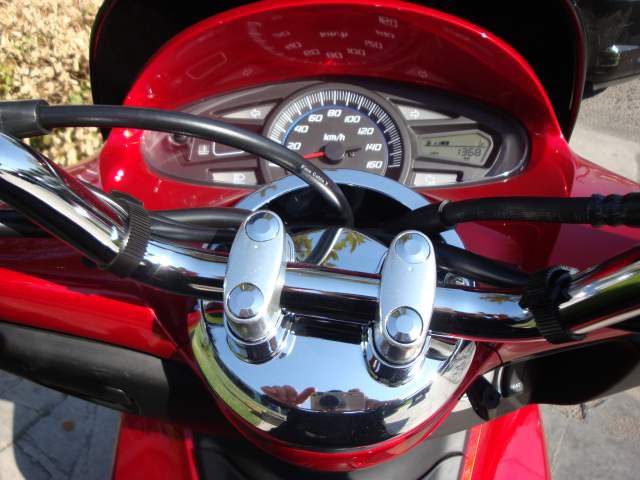 This 2017 PCX150 comes with a new 153cc which excels in waste-heat management via the liquid cooling system. Riders also get the convenience of self-adjusting operation and easy start as the engine integrates PGM-FI induction control.

This new engine in 2017 Honda PCX150 also improves fuel economy as its innards benefit from an additional friction reduction. Honda has even optimized this engine in terms of space as the ACG starter doubles up as an alternator. Moreover, the starter’s components have been redesigned to lay flat against the engine. Doing this keeps the engine footprint small.

Further details of this engine include: 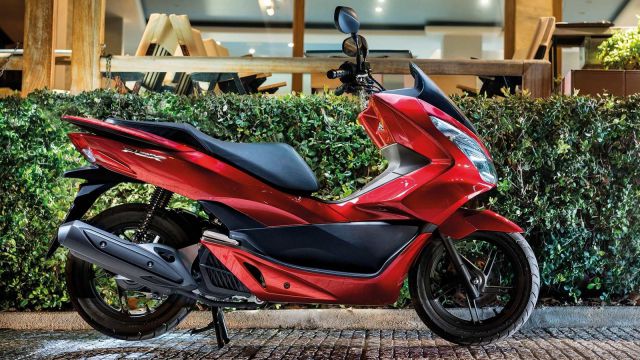 The new Honda PCX150 competes against Lane PCH 150 and Yamaha Smax. The 2017 PCX150 comes with the color option of Pearl White and Dark Pearl Blue. The standard color is volcano red. Its price tag has seen a tad bit of increment and starts at $3,499 which includes a destination charge of $320.