This year in EICMA motorcycle show in Milan, the Italy has seen some amazing models from Honda, and some of them are Honda CBsix50 Concept and Honda CB4. While the Honda CB4 is an urban-focused naked bike, the CBsix50 Concept is focused more towards a café racer styling with a modern take on the popular scrambler genre. With a decisively unique and modern approach, the Honda is set to tackle some of the popular models including the Ducati Scrambler Sixty2. This concept model oozes out a playful personality as bold graphics over the bodywork have a sporty theme. 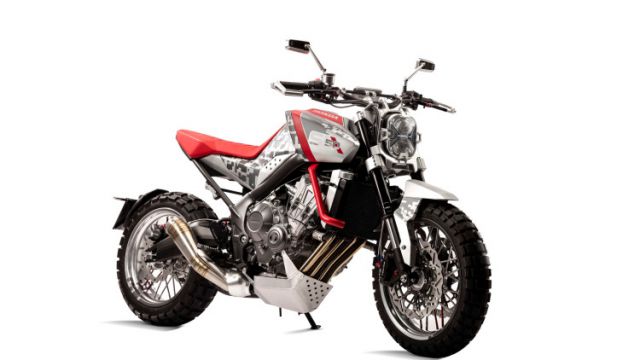 The Honda has designed this new CBsix 50, not just for a unique styling but to bring out great functionality as well. It is also feasible to assume that the makers have designed and built this model to take on any terrain as there is a rugged skid plate underneath its body. Also to note, the handlebars have guards that protrude from the outermost portion. But as this model’s bodywork and design don’t drift fully towards a typical scrambler, it can blend in an urban environment as well.

As to the presence of this model, it wears a modern mix of black, white and red. While most of the chassis portion is fully blackened, red accents of the suspension, seat unit, and brake calipers provide a pop of color. Unlike the CB4 Concept, this model integrates a rectangular LED headlight which deviates from a classic styling.

The Honda CBsix50 is based on the same platform that’s used by CBR650F. But that being said, the company has added extra strength with a fine tuned upside down forks and double sided swingarm for an adventurous performance.

The exhaust design of this model has a modern approach which is unlike the retro-styled ones in some of the existing scramblers. This CBsix50 also reveals an interesting instrument panel which seems to be a see-through glass screen (but this might be just to attract customers). There are no technical specifications though, and nothing can be confirmed as of now. 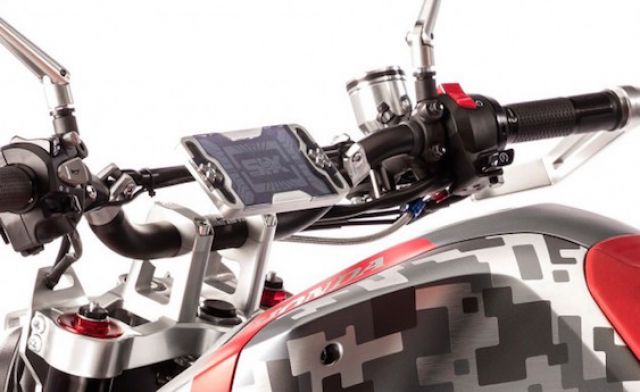 The new Honda CBsix50 houses a 650cc in-line 4 cylinder engine. As the bodywork of this model seems to be heavyweight, the Honda is expected to increase power figures in the production ready models. To put out some assumptions, fuel economy might stay around 36 mpg.

Other details of this engine include: 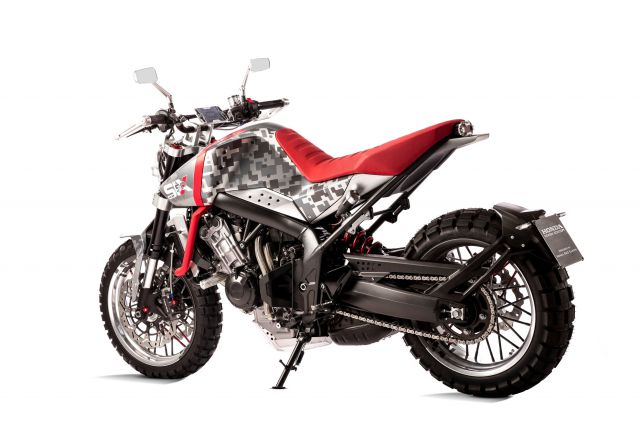 As the competition is only rising in the scrambler bandwagon, the Japanese manufacturers will try and keep the price of this Honda CBsix50 as competitive as possible. Finally, according to several reports, the Honda has said that they will make production versions of this model available sometime in fall 2017 or Q1 2018.