If we talk about the latest Honda achievements, we could mention million upgraded and astonishing versions of various editions and models. One of the most memorable and most interesting experiments in Honda company is definitely Honda S660. The Honda S660 is a mid-engined roadster with quite a small engine with a removable roof. However, like its predecessor the Honda Beat, the S660 is available only in Japan at the moment.

But Honda did their best for showing how powerful things can go in a smaller package. The most important thing regarding this model is that S660 is a Kei car. This is the type of mini-car regulated by Japan’s government for bare-basics motoring. This car can’t be longer than 137 inches or 59 inches and must be powered by a three-cylinder engine no larger than 660cc. These cars are not supposed to be allowed to be driven outside Japan, and for example, a regular American would not see the point of using a vehicle such as that. 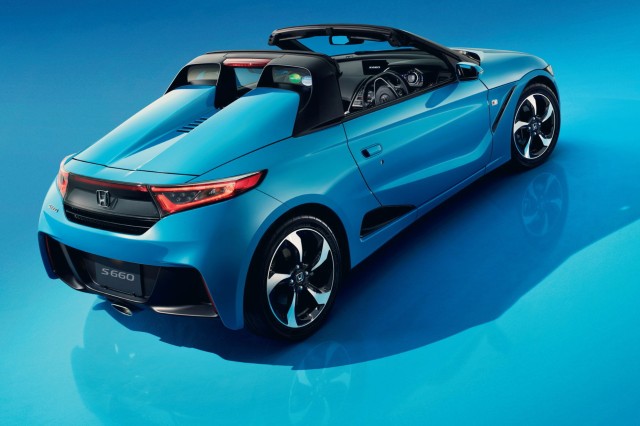 One of the best thing about this model is a fun factor. The Honda S660 will look different when the roof takes off, which is not difficult using the unlock and role system. The little roadster will complete its mission looking so fierce and yet small.  The S660 was easy to handle especially around the corners which is thanks to unique dimensions we had the opportunity to see. With dimensions like that and effective materials in use, you can go practically anywhere.

Driving in Tokyo must be exciting experience especially in the city. The front grille is smaller just like larger headlights but not to bigger dimensions. As we mentioned below, the Honda S660 has strict regulations from Japanese government regarded to the exterior and overall appearance. So the dimensions could not be enlarged of making it heavier. The ground clearance is always the same, although future redesigns are not available yet. The lacking of luggage space is done on purpose since the designers didn’t want any overweighting the vehicle. Interior is small especially the cabin where you can put only your bag on next seat. 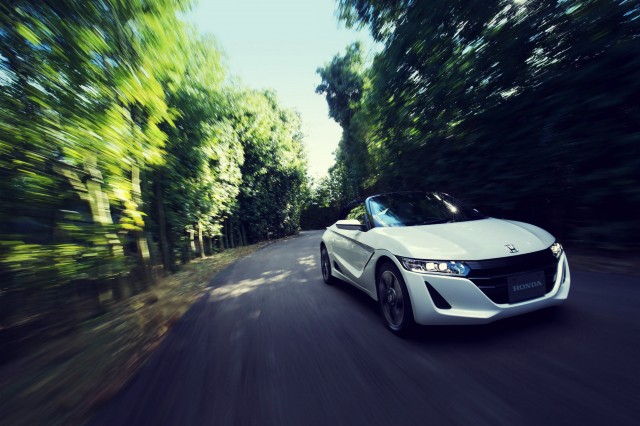 The engine spec of Honda S660 is also specific as its design. The engine of a Kei car with a 660CC is three-cylinder with one turbo attached to it. Power comes in regulated 64 hp and has 76 lb-ft of torque all of which is sent to the rear wheels. It can be available with a six-speed manual or a CVT with paddle shifters Te top speed is 140km/h, which is about 87 mph and 0-60 mph timer are irrelevant.

The S660 is more Targa top than a full convertible. The removable soft top can be stowed away. With the roof on the small compartment is creating where you can put personal things in, but regarding the dimensions not so much of it. The gearbox is another story and very positive too. A tight short-throw manual gearbox is easy to use in changing any gear. The clutch movement is easy in all directions.

The Japanese market is wealthy upon the models they’re launching. The base price of one of these cars will cost about $17600, and the closest rival of Honda S660 compact-sport-convertible can cost upon $16500. The S660 is without a doubt one of the best-designed Kei cars which the highest price can go up to $20000. Having this modified vehicle you definitely gaining many new possibilities.

Most of the Japanese people are attracted to Kei vehicles because of their low ownership costs and performance variant. Since it was launched back in 2015, Honda is planning to increase the production since the sell is rising every year. The next plan is to sell over 10,000 units a year. This vehicle, however, is not appealing for overseas markets, where this car is not very approachable and it would be intimidating to even driving it in the USA. 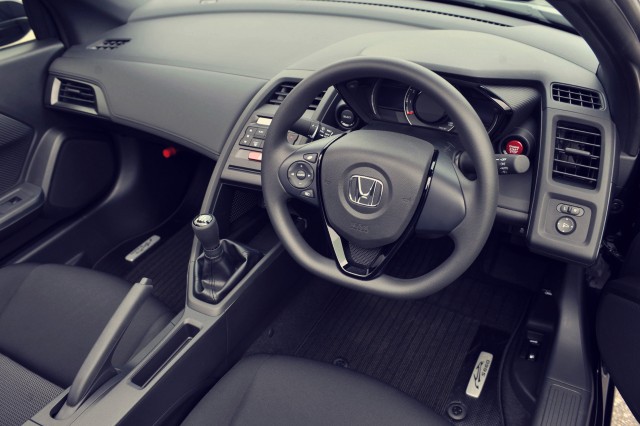 Driving in town had shown great marks and very smooth driving. At low speeds, the double-digit hp is barely noticeable. The manual driving in Tokyo was not the best idea, but with S660 gearbox everything went smooth and cozy. The good thing is to have a clear rear camera. Surprisingly for a smaller car, the long distance drive was very comfortable and secure. The stability and quality are what everyone expects from Honda engines and such as that did not look small at all.

The only issue while driving is driving without a roof. There is a quite wind buffering so there is no possibility to have any long conversations. The top speed and most fun would be when to achieve 40km/h or about 25 mph. The chassis is a standout, and the founding grip is a surprise and not stopping line even the ESC is off. The Yokohama tires are more than welcome in open driving.