Rendering photos of the upcoming 2021 Nissan Patrol have appeared online, and we can expect this model to debut sometime next year. Patrol model is a full-size SUV also known as Armada on some markets. After great sales over the last couple of years, the new Nissan’s three-row SUV will get a complete redesign.

The upcoming model will be more stylish and attractive. As before, Patrol is wearing popular Nissan’s V-Motion styling language and it comes with giant chrome V trapezoid grille. 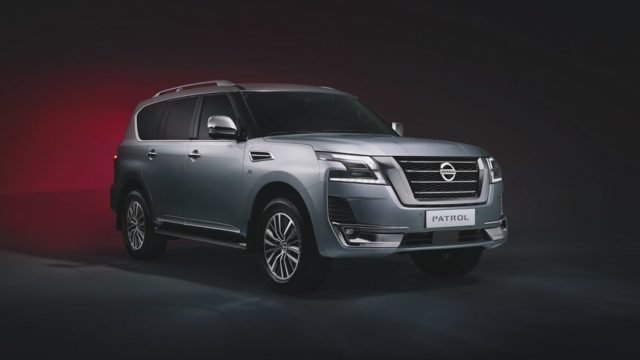 One of the most significant Nissan’s SUV 2021 Patrol will get a complete redesign. The new front fascia will get the most changes, and it will bring edgier and angular appearance. As we already wrote, the new Patrol is wearing Nissan’s V-Motion styling language. This design will come with a new chrome V trapezoidal grille and LED headlights. However, the same partially split headlights design is also present on some Nissan models.

Around back, the new model will get reworked taillights that add sequential turn signal illumination. Also, the rear bumper is slightly changed, and it looks more prominent than before. 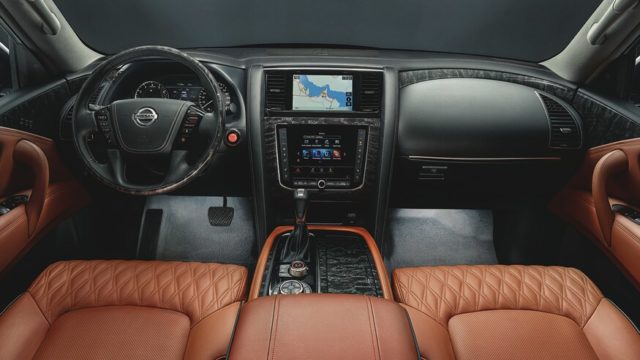 The interior is significantly updated, and the manufacturer will introduce more quality materials and techs. Also, Patrol`s cabin is one of the large ones. This model comes with three rows of seats, and it provides behind the third row 16.5 cubic feet of cargo area. However, with second and third rows, folded down, it opens 95.4 cubic feet.

Under the hood of this big SUV is lying down one potent powertrain. As before, the forthcoming 2021 Nissan Patrol will continue to offer the same 5.6-liter V8 engine. This powertrain is powerful and reliable. Under the current model, the same engine delivers 390 horsepower @ 5,800 rpm and 394 lb-ft of torque @ 4,000 rpm.

However, according to some rumors, the manufacturer will boost this engine to produce 400+ hp on the new SUV. If this happens, the Patrol SUV will rivals the most robust SUVs on the market including Dodge Durango. By the way, this engine is available with a 7-speed automatic transmission and deploying rear-wheel (RWD) or all-wheel drive (AWD). Patrol aka Armada provides an average towing capacity of 8500 pounds. 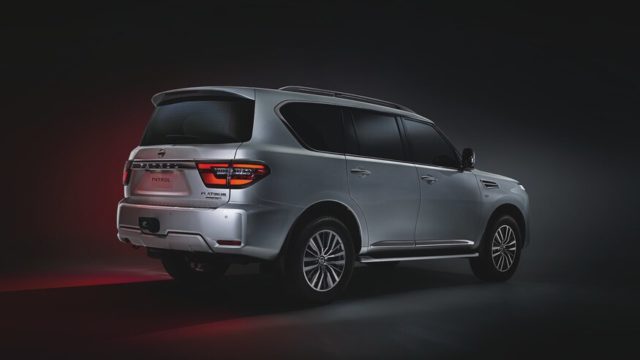 Nissan`s flagship and the most significant SUV Patrol will be redesigned. The manufacturer will add more quality material and it will boost its engine to rival the most powerful SUVs on markets. The starting price of the base model is $46,790 and can go up to $65,000 for the Platinum trim.

The base price is slightly lower than some competition in the same class, including the Chevrolet Tahoe and Ford Expedition. The release date of the 2021 Nissan Patrol will be in the middle of 2020.